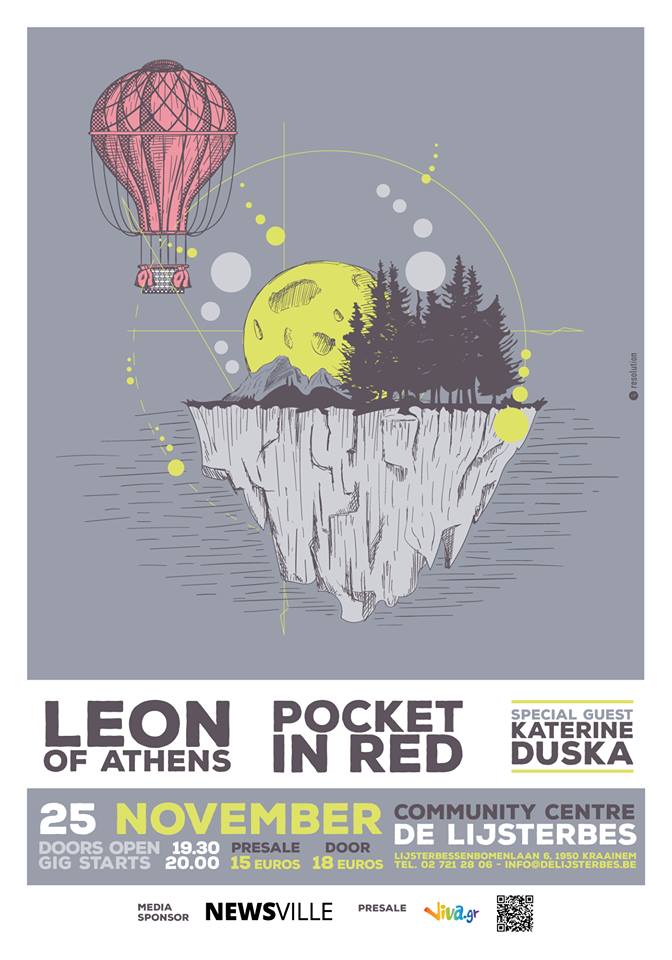 London-based Greek indie-pop experimentalist Leon Of Athens has released the video for his new single ‘Fire Inside You’. The song is the latest to be taken from his forthcoming album Xenos, produced by David Kosten (Bat For Lashes, Everything Everything), due out on January 19th.

‘Fire Inside You’ balances mesmerising guitars and ethereal electronics alongside Leon’s captivating vocals, addressing the powerful force of love across great distances. Filmed in the beautiful setting of Corfu, the video sees Leon traversing across oceans to meet his love. The song has been receiving support from BBC 6Music, with Tom Robinson at the station calling it, “A lovely song and vocal performance.”

Xenos is a beautiful piece of work, from the uplifting indie-pop of previous single ‘Aeroplane’ to the dark creeping electronics of the title track and ‘Serpents Egg’, Leon Of Athens proves himself an intriguing and exciting force. There are delicate moments on the stark piano led ballads of ‘Letters To My Father’ and ‘Final Moment’, while the album closes with the joyous ode to his favourite place in the world ‘Corfu’.

The album follows the highly acclaimed release of his 2015 debut album Global, which was championed by the likes of The Guardian, NME, Q, New York Times and more.

Leon has been inspired by life within a country that has been facing many challenges during recent years. His music has become a huge draw in his home country where he has played to audiences of thousands.

He recently completed a sold out UK and European tour, which included a headline show at The Lexington, London.

Newsville Productions is thrilled to announce the release of the new single and video from Pocket in Red, “Rock’n’Roll”, available everywhere on 01.10.2017.

Pocket in Red is an alternative pop-rock trio from Brussels, Belgium, known for the powerful shows that they deliver.

After years of gigging and touring, they will release their first E.P on 15.11.2017, so this gig is their official release party!

Katerine Duska is a Greek-Canadian singer/songwriter currently residing in Athens, Greece.
Her debut album ‘Embodiment’ was released in 2015 by EMI/ Universal Records.

Born and raised in Montreal, Canada by Greek parents, she was introduced to a wide range of musical influences from pop, soul and r&b to folk and classical music.

Her own musical style has been described as indie-pop meets neo-soul, due to her trademark soulful rasp.

Katerine first emerged in the Greek music scene in 2013 with her hit song “One in a Million” and since then has appeared, among others, at the Megaron- Athens Concert Hall, Rockwave Festival, Gazarte, Athens Pride, Meteora Music Festival, Block 33 Salonica, TedX Limassol and collaborated with artists such as Tom Baxter and Craig Walker.
Katerine Duska is represented by Melina Vasiliou, Noxious Butterfly Management and EMI/Universal Records.